Starring Siff the Actual-Natural-Disaster, and @parttimedragon’s Carter who they graciously let me write.

The capital of an interstellar backwater, the city had a name, but no one on planet bothered to use it. You were either from the Slum, the City or Away. The buildings were old and crumbling, the weather shit, and worst of all, the damn thing was filled with political agitators.

Things were not progressing well, Siff thought as she surfaced in the brackish swamp water that Carter’s ship had crashed into. There had been a few moments, brief and brilliant, where she’d thought that they would get off-planet with no problems 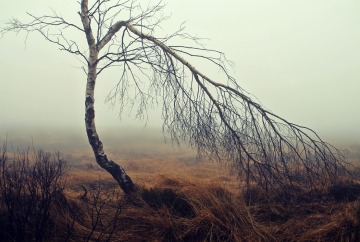 Siff debated the merits of just letting the swamp swallow her. In the mud there was no embarrassment or feelings of inadequacy. There was only dirt, rotting vegetable matter and worms. Yes, the swamp sounded pretty welcoming right now…

Carter’s expression had began as ‘suspicious’ when Siff started to explain her plan, then changed to incredulous as she watched. Eventually he settled on a blank stare as she finished. Siff waited for him to process everything, and she kicked her legs back and forth idly in the air.

“No you do not get to have my rifle,” Siff said, clutching the weapon to her chest tightly. It was her baby, she’d reworked and calibrated and tinkered until the rifle was just right, and no, Carter could not take it just because he ‘only had a knife’. He should have thought to get his kit from the ship before she blew it up. That was on him.